Skip to navigation
Tenacity. Compassion. Commitment. Dedicated to Defending Your Rights SEE HOW I CAN HELP YOU

How to Prepare for a Title IX Hearing 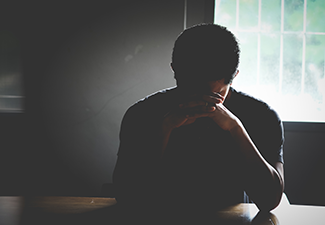 Title IX of the Education Amendments of 1972 banned discrimination in education at institutions that receive federal funding. The immediate effect was to achieve a form of parity between men’s and women’s sports scholarships in colleges and universities. Some men’s college football teams would carry up to 130 players on scholarships. Those scholarships now had to be split and assigned to women’s athletics as well.

As the years and decades rolled on, Title IX took on new meaning to encompass sexual harassment as well; and now students and faculty members can be hauled before a Title IX hearing if someone accuses them of sexual harassment or sexual assault.

The thing about Title IX hearings is that they are nowhere near equal to a trial by one’s peers. In fact, the accused cannot have an attorney represent and speak for them, but they can have an attorney present as an adviser or advocate.

If you’re facing a Title IX hearing as a respondent to a complaint by another student or faculty member in Santa Cruz, California, contact me at the Law Offices of Andrew C. Janecki. I am a Title IX and criminal defense attorney who will work with you to protect your rights under the law. I also proudly serve clients in Palo Alto, San Jose, San Francisco, Berkeley, and surrounding communities.

What Is Title IX?

The 1972 federal Education Amendments addressed sexual discrimination but not harassment by stating: “No person in the United States shall, on the basis of sex, be excluded from participation in, be denied the benefits of, or be subjected to discrimination under any education program or activity receiving Federal financial assistance.”

In the 1980s, courts began including sexual harassment as part of the definition of sexual discrimination contained in Title VII of the Civil Rights Act of 1964. In the 1990s, the courts began applying the same standard to Title IX of the Education Amendments. The Supreme Court, however, ruled that the sexual misconduct must be “so severe, persistent, and objectively offensive that it effectively bars the victim’s access to educational opportunity.”

In 2001, the Office for Civil Rights (OCR) of the Department of Education began challenging the Supreme Court requirement. A decade later, under the Obama administration, regulations were issued by OCR that moved far beyond the Supreme Court's definition. OCR vowed to “change the culture on college campuses,” and as part of that, it initiated a system of Title IX hearings, where the only proof needed was a “preponderance of evidence,” not evidence “beyond a reasonable doubt.”

College and university campuses, as well as K-12 institutions, now have Title IX Offices, where complaints are fielded, investigations conducted, and hearings held. The person in charge is often known as the Title IX Coordinator or Compliance Officer.

The Complaint and Investigation Process

If you have been notified of a complaint, you need to take it seriously. Though you can’t get an attorney to argue your case for you, an attorney can help you assemble evidence, challenge any witness testimony, and otherwise be prepared if a fact-finding hearing is eventually held. Your attorney can also sit next to you during the hearing and advise you on how to proceed. So, the first step is to get in contact with an attorney and begin preparations.

When a student reports a sexual discrimination or harassment incident, the school’s Title IX Office will investigate and seek to determine the facts. At the end of the process, the Office must submit a report. If there are no appeals, the decision-maker – the Title IX Coordinator – will determine a sanction unless the incident involves sexual misconduct, in which a hearing will be held. If there is an appeal, a fact-finding hearing will also be ordered.

When Are Hearings Required?

In cases of sexual misconduct at postsecondary institutions (but not K-12), a fact-finding hearing must be held, but it cannot be run by the Title IX Coordinator. Instead, the hearing will be overseen by other “decision-makers,” usually an individual or a panel, who base the hearing upon the report by the coordinator.

During the hearing, the complainant – the person accusing the other person of sexual misconduct – will be allowed to be cross-examined by the respondent, the person accused. The respondent can enlist the guidance and advice of a Title IX-experienced attorney, who can be present as an advocate but not participate in any proceedings.

Remember, unlike a criminal trial in court, the evidence – to be weighed solely by the panel and not by a jury of your peers – need not be “beyond a reasonable doubt.” The standard is only a preponderance of the evidence.

Sexual harassment under Title IX includes any unwelcome sexual conduct, such as unwelcome sexual advances, requests for sexual favors, and other verbal, nonverbal, or physical conduct of a sexual nature. But all too often, it is used by those who voluntarily participated in sexual activities but had regrets later on.

At the end of the hearing, the respondent may be exonerated of the accusation or disciplined in different ways, including suspension and possible expulsion.

Though you as the respondent can’t have an attorney argue your case for you during the hearing, you can have an advocate or adviser present – in other words, your attorney. Though your attorney will be present to advise you, you should start the process well in advance of the hearing and discuss how to carry out your role. During this preparatory stage, you should also gather any evidence or testimony of others that can be utilized.

If you’re facing a Title IX hearing in or around Santa Cruz, California, contact me immediately at the Law Offices of Andrew C. Janecki. I am dedicated to protecting your rights and helping you represent yourself to the fullest extent at a Title IX hearing.

This Is My First DUI. What Should I Expect? Title IX FAQs Frequently Asked Questions About DUIs Common Challenges of a Title IX Hearing